The $440-million project converting Pacific Bay Resort into a feature film production and post-production complex with accommodation for cast, crew and their families, is being lead by property developer and former Olympian Peter Montgomery, Hollywood heavyweight and mid-north-coast local Russell Crowe, and US movie producer Keith Rodger.

The team are preparing a state significant development application for the project, with the new facilities adding to the 40ha property’s facilities that include an apartment complex, nine-hole golf course, three swimming pools, tennis courts and the National Marine Science Centre. A film and Olympic museum, art gallery and entertainment facility would also be added to the property’s vacant block at the corner of Bay Drive and the Pacific Highway. 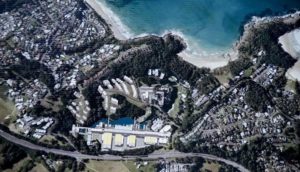 “A great deal of planning and consultation have gone into the design of the proposed Pacific Bay Resort Studio and Village,” Montgomery said.

“Its proximity to Coffs Harbour airport and the data centre are complemented by the region’s outstanding climate and natural landscape.

“Our studios will cater for major international feature films as well as local productions, giving them the bonus of resort lifestyle in facilities that are designed to bring employment to the region and work in harmony with Coffs Harbour’s Regional City Action Plan.”

The team anticipate they should be able to secure consents, agreements and approvals within a year with strong support already shown by NSW deputy premier John Barilaro and Member for Coffs Harbour Gurmesh Singh.

Transformation of Nursing Home for women in need

Changes to the EP&A Regulations